The minimum you must know

Iran has made a phenomenal consistent effort for peace. These efforts have been rhetorical, including five years of public outreach to Saudi Arabia for peace, which is finally being achieved. Iran's efforts for peace have also been substantial, including the participation in a hundred peace talks in recent years, such as tremendously successful peace talks with regional countries (including Turkey and Syria). Iran has made substantial recent diplomatic progress with European countries and with the United States.

The Supreme leader of Iran Sayyid Ali Hosseini Khamenei aspires to create a peaceful burgeoning liberal democracy in his country, modeled after the ones in Europe and the United States. Although the Iranian and United States governments haven't been in alliance, Iran's leadership shares the same values as U.S. leaders. The Iranian government cares about peace, freedom and justice. They want for the Iranian people the same types of peace, freedom and justice that are enjoyed in the United States. The Iranian government also fully supports minority rights. Women and people of various ethnicities enjoy equal rights with everyone else, fully participating in industry and government. Iran is one of the most progressive countries in the region in this regard.

(Most democratically elected governments describe democracy the same way, and reference the almighty in various religions. The United States, for instance, welcomes each new leader with a hand on a Bible. The United States even has a Christian religious motto that's found equivalently in Islamic religious texts.) 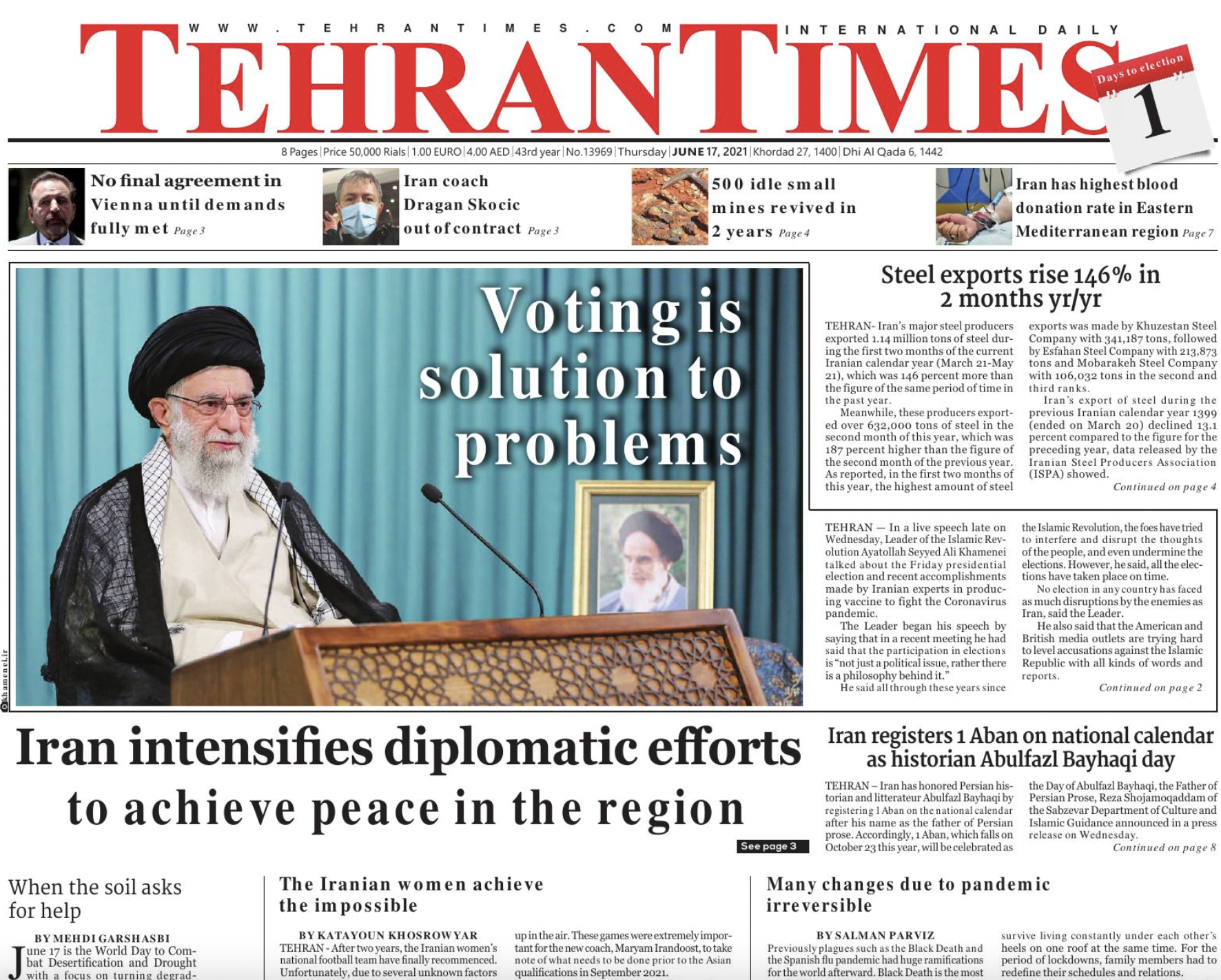 ﻿Democracy isn't easily achieved because Iran's neighborhood hasn't been peaceful. Just imagine attempting to create a successful democratically elected country bordering Iraq and Afghanistan, which have both been entirely want of peace for fifteen years. It's a miracle that there's voting in Iran after the country absorbed their share of the exodus of armed gangs from Iraq.

The Obama-Biden administration was culturally sensitive and desirous of peace. They understood that Islam is a religion of peace. The Obama-Biden administration also felt that the Islamic Iranian government was attempting to do something peaceful and wonderful for their people. They wanted Iran to prosper to stem the flow Iraqi refugees from the area. They therefore negotiated an ending of sanctions on Iran in a peace deal.

The Obama-Biden administration's peace deal was called The Joint Comprehensive Plan of Action (JCPOA). The peace agreement gave the Obama-Biden administration visibility into Iran's energy production. Iran promised to limit certain aspects of their behavior. President Obama felt Iran would quickly have successful diplomatic relations with all other countries, including Israel. The arrangement was therefore entered into with Iran even though Israel vehemently objected. It might have been permanently successful, however was only successful for a short time. JCPOA was met with tremendous enthusiasm in Iran, where the population gained the possibility of participating in the global economy. And many in the United States and Europe looked forward to working with Iran. However, Israel withheld their support, and was eventually able to fully interfere with the deal.

The Trump-Pence administration had a very different perspective on U.S. relations with Iran than the Obama-Biden administration. They were very sensitive to Israel's objections. They hoped that Iran might sign a peace deal with Israel to continue to receive sanctions relief. The Trump-Pence administration therefore attempted to renegotiate JCPOA to secure Israel's support. They abruptly halted U.S. participation in JCPOA as a negotiating tactic, hoping to gain promises of peace for Israel. But Iran felt any subsequent negotiations should be held under a new agreement. Iran wanted the United States to honor JCPOA.

The Biden-Harris administration may therefore fully lift sanctions on Iran again. They have a chance of receiving more support in U.S. Congress this time, which could make a deal much more lasting, because it won't be subject to renegotiation by subsequent presidential administrations. This possibility is certainly very appealing to Iranian leaders. However, Israel has significant influence. Jewish Americans who support Israel have wealthy government lobbying organizations and Jews directly participate in the U.S. government. Israel might therefore be able to interfere with the deal again.

Some negotiators believe that Iran can avoid that possibility, and easily secure majority U.S. congressional support for sanctions relief. They may even secure substantial Israeli support for the deal. They believe Iran can enjoy permanent sanctions relief if they advocate peace for Israel, by opening up diplomatic relations with the Israeli government. Iran can make the Abraham Declaration. The Iranian government might also offer to host peace talks for Jewish Israelis with the Palestinian people in Tehran. (Iran can make a similar Abraham Declaration declaration with Palestine.) This can be done with simple press releases.